This is a pure round robin, I started the 26 post series on 1st April with A for Allah Rakha, and ending with Zakir Hussain.This has such a perfect connect and relationship co-incidentally.

1-Zakir Hussain is the son of A, i.e. Allah Rakha and

2-Like his father he is also a renowned Tabla maestro. He is not only popular in India, but also across Europe and America.

Under his father’s able guidance he is been able to connect with millions of hearts and rendered some great compositions and known for his mastery in Tabla. He has also done various associated acts with western troupes for musical compositions, one such act includes people playing across various regional instruments, and it shows the harmony in diversity.

Zakir Hussain is a very renowned and famous name and is widely known in India, cant recollect my association. As he has done a lot of commercials for the Tea company Taj so he is synonymous with Taj

Enjoy this lovely live performance from the maestro and feel the running of horses:

(All April I will be posting about my favourite music artist (as part of the A to Z Challenge), songs or bands and my memories around them and this will help us connect and discover new artists and music genres.)

Y FOR YOU ARE THE INSPIRATION – CHICAGO 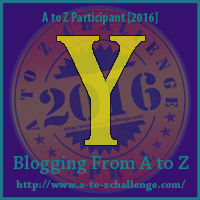 I am sure you must have sought inspiration from a Guru, artist, teacher, your parents or a public figure, however when it comes to music this is one of the songs I would recommend to tune on.

This was probably one of the finest songs by the band Chicago and it shot up to the #1 position.

In my life –  Dad, my wife and my children are the biggest source of inspiration for me and I always look on them to stay positive – Yes you bring feeling in my life, you are the inspiration.

I heard the song in a radio program long time ago.

Although I like It’s hard to say I am sorry, but You are the inspiration takes precedence, Enjoy the song here:

(All April I will be posting about my favourite music artist (as part of the A to Z Challenge), songs or bands and my memories around them and this will help us connect and discover new artists and music genres.) 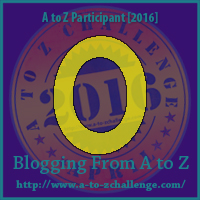 There is a reason behind the repetitions, if you have heard this song you can relate to it. The chant goes in my head as I am typing or even thinking about this song.

This is a very powerful and peaceful Buddhist song, if you ever had the chance of visiting any monastery you will find it written there. It is related to Buddhism and is a very calming mantra for meditation and when you are alone and need some tranquility and peace just play this song in low volume and you will experience magic.

There are various versions of the mantra, however sharing the one which I find the best and soothing: 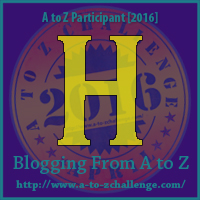 H for Hey Jude, the single from The Beatles which ruled the #1 positions in both the US and UK and placed in 10th biggest single by Billboard. I always liked the piano which played for the last few minutes in the song.  Sir Paul McCartney wrote the song for John Lennon’s son, Julian, and it was initially called Hey Jules.

The Beatles were an English rock band, they were legends and a class apart, and they had a unique style of their own.  They had created the best songs ever which take us all to an altogether different world. They were simply great, Sir Paul McCartney, John Lennon, George Harrison and Ringo Starr.

When you are heading home from work and too tired you have it ringin on your head –  it’s been a hard day’s night and I have been working like a dog, I love when they sing

But when I get home to you I find the things that you do will make me feel all right.

So true, isn’t it! When people just think and feel the same they converted into a beautiful song. This is the power of music, you need to convert your thought and feeling to immortal words and decorate them with music.

Other chart toppers from them include Obladi Oblada, I want to old your hands, All my loving to you, Eight days a week, Here comes the sun to name a few, add your favourites too.

To be true I can’t recall but it’s been a hard day’s night made me a Beatles fan.

The pick of the band from my side is It’s been a hard days night as I feel it so strongly the power of love when you come back home, your family tends to simply make your day’s tiredness disappear like a magic wand, he mere glimpse of them is what one needs, happy listening:

As I write, I have the hysterical feeling! Oh, I get hysterical, hysteria Oh can you feel it, do you believe it? This is true I really get hysterical.

I am a big fan of Def Leppard and love the band a lot and their dedication and belief on each other. 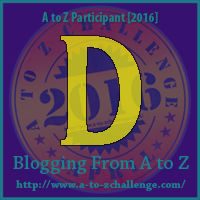 They are a hard rock and heavy metal band and a genre in itself.It takes me back to the lovely golden days of my college life with the song Photograph and Pour some sugar on me.

The motivating part of the band is a different story which you must know. Allen the drummer of the band lost his left arm in a car crash.  Allen was strong and motivated still to play the drums and use his feet to make up for the lost arm. They designed a special drum and waited until Allen perfected in it for their next release and never had the thought of an alternate drummer. It was after three years of rigorous practice and patience that the band came up with their next album Hysteria which was a huge success and took them to the #1 spot again. This duration is often referred to as the Hysteria Era when talking about the band.

The band members always kept faith in Rick Allen and never thought of a replacement or any kind of discontent in the group. This clearly reflects the love, faith and belief you have on each other especially during a tough time and you bounce back stronger.

There was a time when audio cassette and CD ruled, to save cost we used to share with our friends. One of my friends had the album Vault, compilation of hits of Def Leppard. I borrowed from him and took time to absorb it in and understand their music and lyrics. I soon was following Def Leppard and enjoyed the tracks so much since then.

The song which is my personal favourite is Photograph:

(All April I will be posting about my favourite music artist, songs or bands and my memories around them and this will help us connect and discover new artists and music genres.) 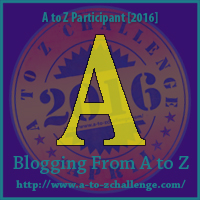 A is for Alla Rakha, he is regarded as one of the finest table players in the Indian classical music genre.

He established very high regard amongst the Indians and even worldwide for his performance. Most of the time he used to play with alongside sitar player Ravi Shankar (not to be confused with Sri Sri Ravi Shankar)

He made Tabla famous in the international arena and shared stage with George Harrison of Beatles fame. This made him and table popular in the west were he gained immense popularity.

The Indian government conferred one of the highest civilian awards Padma Shri for his contribution to the music society and taking Indian classical music to another level.

My dad used to listen to him from where I picked up the like for following him.

You must take out your time and listen to the music link shared below to experience a niche performance:

This month I decided to take part in the A2Z and have taken music as a theme. Music according to me is something which relaxes you, changes your mood and energy and gives you a break.

Have you ever wondered why you become so much happy when you listen a certain tune in FM or TV or playing in the street, it is because it teleports you back to the time when you used to listen to it and reloads all your memory related to it. Most of the time people relate youth, love, friends, outings, family occasions in which they had enjoyed a particular song. The one category which has the strongest effect is the songs which take you back to your childhood.

Through all these 26 posts I would like to introduce to you the artists and songs I like and you can also leave your thoughts behind. I will also be sharing some songs from them.

Happy posting all and do keep replying and commenting.

What was the #1 song when you were born? (not sure? you can find out here.)

It seems I took Duke Orsino’s advise a bit seriously when I was reading Twelfth Night during my school days.

While I exactly cant recall my birth however am sure after 5 years down the line was sure about having some favourite number of Bollywood songs and whilst it was the 80’s era so there was a boom in disco.

Music is my weakness and I used to spend most of my time listening to music, I had a record player HMV one ( vinyl player, turn table) , which was my best company and I used to play songs till my neighbours complained and was very proud to own it. Again I was lucky as my parents did have little interference  I used to listen to music thereafter to the rest of my life, still I am listening classical while writing the post. . Check this out you might like it:

Kaushiki is a perfect example of divine beauty and golden voice and rules the classical world.

I have still preserved the records and feel very proud of them as it is almost extinct now, memories are attached with them.

Then came the 90’s when I had developed the liking for Bee Gees, Richard Marx, Bon Jovi, Beatles, Pink Floyd, Def Lepard and Johnny Cash( country music) and many more. I always loved the way Johnny Cash introduced himself before every song and concert, “Hi! My name is Johnny Cash”.  I also recommend if you can watch Walk the Line, a movie based on the life of the singer.

I enjoyed writing this and hope that you would have equally enjoyed reading it.

Christmas Carols take me to my childhood. We used to take part in the winter concert and music fest.

Marbles draw my attention to childhood.

Candies take me back down the child hood lane.

Kites flying high in the sky pull my strings of childhood.

Smell of  freshly baked Cookies take me to my childhood.

The pitter patter of rain and sailing paper boats in the rain water take me to my childhood.

The fresh aroma after rain from the parched mud which was desperately waiting for some water, takes me back to my childhood. 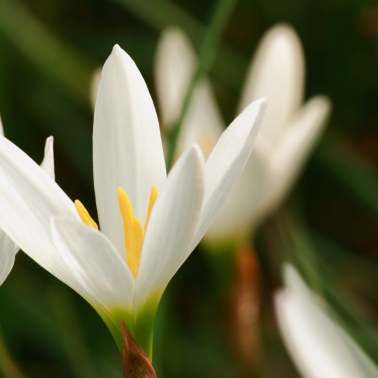 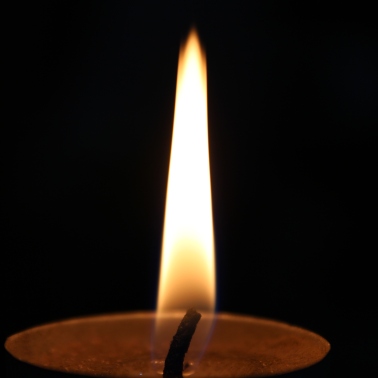 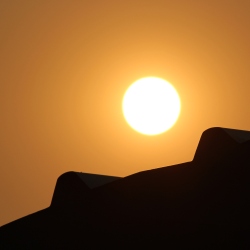 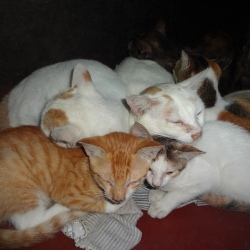 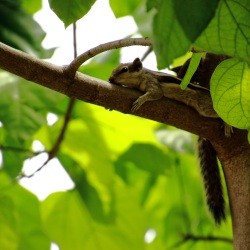 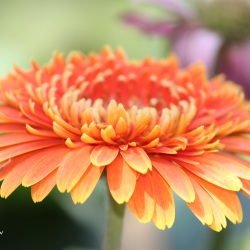 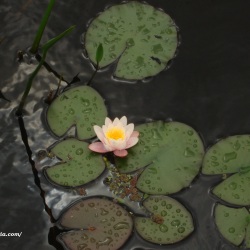 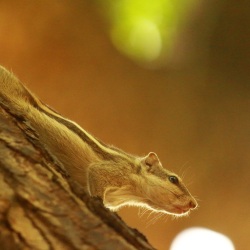 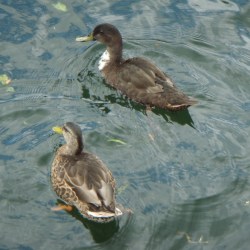 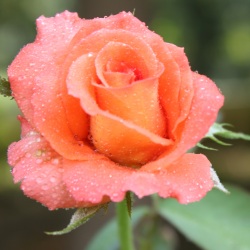 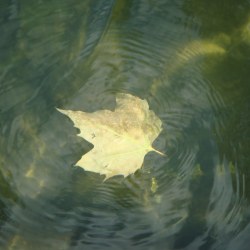 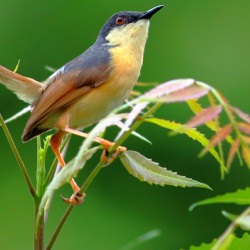 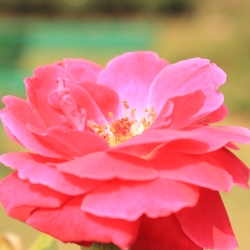 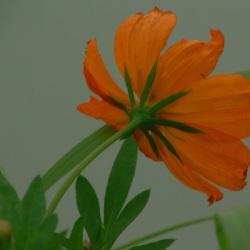